The ‘4 Musketeers’ of NH Real Estate 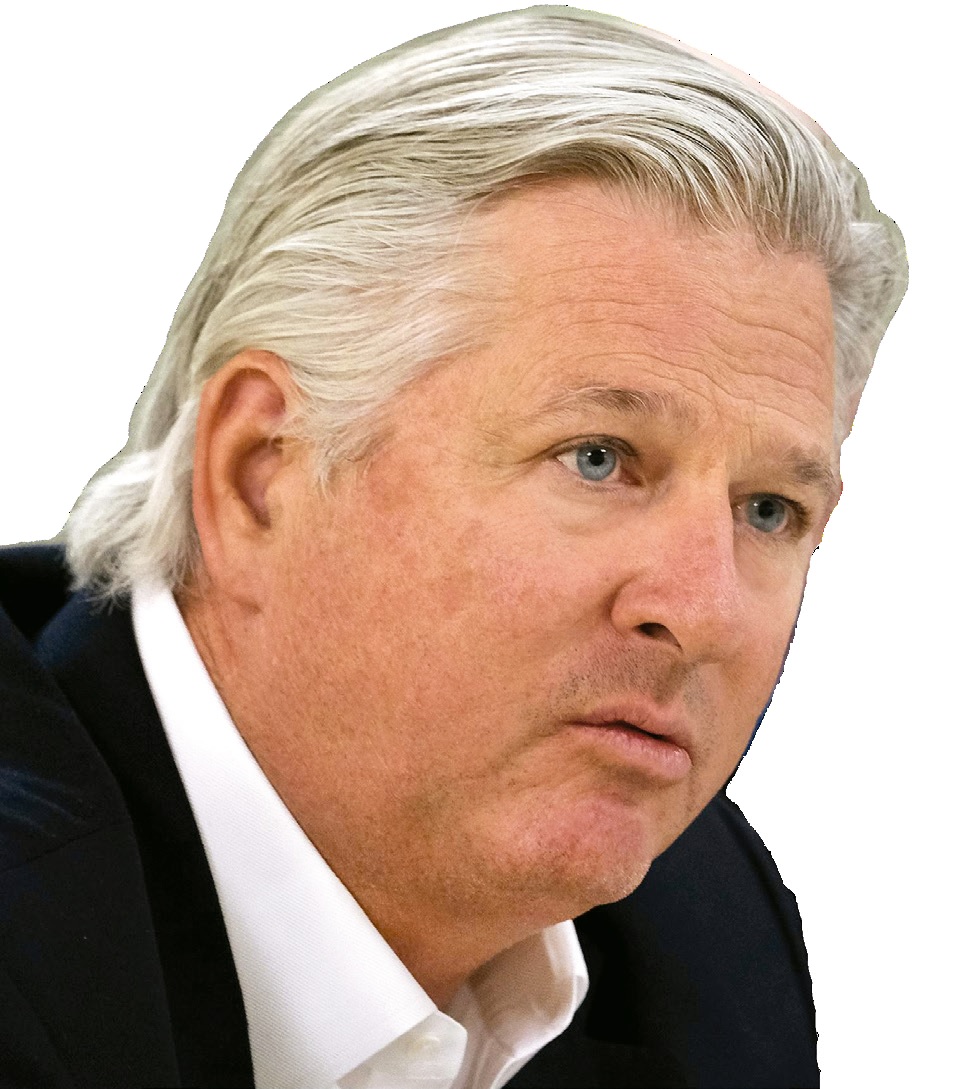 Introducing the “four musketeers” who make up the leadership team of The Kane Company, President and CEO Michael Kane described himself as “the least important” and his brother John as the “second least important” of the four. It’s Luke Pickett, vice president of finance, who “makes the decisions,” Kane said, while Chief Operating Officer Eric Nelson “does all the work.”

In fact, Pickett and Nelson both joined The Kane Company in the last three years. Pickett joined after more than 30 years in commercial real estate, including 17 years as principal of Exeter Real Estate Capital Advisers, where, he said, “I got tired of Michael and John kicking my teeth out.” And Nelson, who has degrees from Harvard, Babson and Suffolk Law School, has more than 20 years experience acquiring, developing and managing commercial property for the likes of Copley Real Estate Advisors, Bullfinch Companies and Winstanley Enterprises in greater Boston.

The Kane brothers were bred for the business. Their father, the late Joseph Francis Kane, returned from serving at sea in World War II to join the Michael Kane Brick Company in Middletown, Conn., which was founded by his grandfather in 1873. He opened the Kane-Gonic Brick Corp. in Gonic in 1962, and it soon ranked among the foremost manufacturers of antique bricks in New England. Its waterstruck bricks set the aesthetic standard in the region, gracing the Museum of Science as well as the campuses of Harvard and MIT.

The Kane Company traces its origins to 1981, when Jean Kane, together with her sons Michael and John, established a real estate brokerage firm in Portsmouth. Late in the decade, as property markets collapsed, the company began working with federal banking regulators to liquidate foreclosed properties littering the balance sheets of failing and troubled banks.

By acquisition and development, the company has built a portfolio that today numbers nearly three dozen Class A and Class B commercial properties — about two-thirds of them on the Seacoast, where the company is among the largest commercial landlords in Portsmouth.

The Kanes expanded, improved and redeveloped what became the Portsmouth Office Park, turning Commerce Way into a city street and adding Portsmouth Boulevard. The park includes eight buildings with nearly 360,000 square feet of office space as well as the Hilton Homewood Suites. The state designated the park as an economic revitalization zone.

The company also established a strong presence nearby at the Pease International Tradeport where it owns nine buildings ranging in size from 25,000 to 103,000 square feet of both office and manufacturing space. 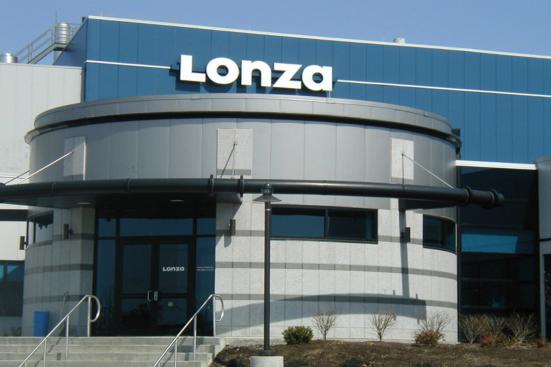 The Kane Company has an established presence at the Pease International Tradeport where it owns nine buildings, one housing Lonza Biologics (right). Kane also plans to restore the federal McIntyre building (left). 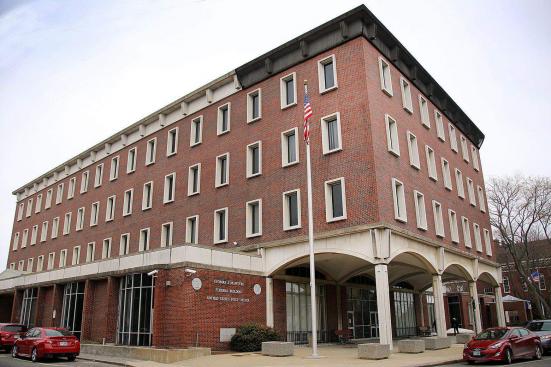 “I’ve never been a big fan of speculative building,” Kane said, adding that after purchasing some 50 acres between Islington Street and Borthwick Avenue in Portsmouth, “we sat on it for years until a partner told me, ‘You can’t sell apples from an empty basket.’” The company built two adjoining buildings on the site, then negotiated a lease with Portsmouth Regional Hospital. The buildings are home to the hospital’s rehabilitation and wellness center as well as an array of medical offices.

The speculative project was a step toward the development of Portsmouth Medical Park on the remaining acreage. In August, the ribbon was cut on the fourstory Charles L. Thayer Medical Building, named for the surgeon who served the community for decades. The building fronts a new street running between Islington Street and Borthwick Avenue — Eileen Dondero Foley Drive, honoring the city’s longestserving and much-beloved mayor.

The project is home to the Graduate Medical Education program, a joint undertaking between Portsmouth Regional Hospital and Tufts University School of Medicine, marking the hospital’s debut as a teaching institution.

The Kanes are currently pursuing two major projects in Portsmouth: the redevelopment of the two-acre site in the center of the city where the Thomas J. Mc- Intyre Federal Building has stood for half a century and construction of a mixedused building at 145 Maplewood Ave.

In 2018, The Kane Company, together with Redgate, a Boston-based development firm, was chosen by the city as its partner on the McIntyre project.

Preliminary plans envision restoring the building for use as office and retail space. and constructing new buildings for residential and commercial use while reserving a share of the property as public open space in the form of interlinking walkways and plazas. City officials have been meeting with the developers to refine the plan since the latest round of public comment a year ago.

Last year, the company also acquired a 1.34-acre lot on Maplewood Avenue, which it subdivided to make space for a four-story, 74,000-square-foot office building at the corner with Raynes Avenue, which Kane described as “something really terrific.” Now nearing completion, the building was designed by CBT architects of Boston and built by Procon Inc. It features abundant glass throughout, with wood, steel and terra-cotta to present a crystalline profile. Heinemann Publishing, which has operated in downtown Portsmouth for decades, will be an anchor in the building.

Acknowledging the coronavirus pandemic has caused “a few hiccups,” Kane said “we’ve been unbelievably blessed by our tenants.” He explained that the company measures the financial strength of prospective tenants and even tailors rents to reflect creditworthiness and profitability, leaning priority to long-term occupancy rather than short-term returns. “My dad always said a slow nickel is often better than a fast buck,” he said.

Without altogether dismissing the trend toward remote working spurred by the pandemic, Kane suggested its impact on the market for office space may be exaggerated. “There is a lot of activity and opportunity,” he said, adding that he expected “the market will evolve, but won’t go away.”

All the same, “we’re listening to the companies in our marketplace, finding out what they need, and we’re ready to play in all areas,” said John Kane.

In particular, Pickett said, “We’re very focused on warehousing and distribution centers,” noting that the growth of e-commerce has placed a premium on timely delivery, which in turn requires maintaining inventory within easy reach of end-users and consumers.

Virtually all of the company’s properties are close to major highways — Interstate 93, Interstate 95 and the Spaulding Turnpike — as well as the state’s two major airports at Manchester and Portsmouth. Earlier this year, the company partnered with DRA Advisers, a private equity firm, to acquire the Manchester Logistics Center, 725,000 square feet of warehouse and industrial space at Manchester-Boston Regional Airport, for a reported $32 million.

“We’ve been incredibly busy the last several years,” said Nelson, the musketeer who Kane had said “does all the work.”